Below is an excerpt from the ESPN article featuring Dennis Orcullo…

What Reyes doesn’t know, what the bettors don’t know, what nobody but Orcollo knows, is that the cue he is now screwing back together is a cue he can believe in. It’s a Ted Harris cue, American-made, which Orcollo has borrowed from a Chinese-Filipino collector in Manila. It has “good sound,” Orcollo believes, “good hit, good control.”

For the first time in a long time, Orcollo feels like he’s in control. He looks over at Mariano. They both know what the money-game king of the Philippines had to do to get a match. He had to lose.

The rack is set. Orcollo grips his cue. The scar on his right hand goes white, recalling the sting of molten gold. The best player in the world silently levels his cue stick above the table’s green felt. He shoots. He does not miss.

“Ted Harris is by far one of the best pool cue repairmen in the country and I am pretty particular about who works on my cues, and I would not have anyone but Ted!”
~George SanSouci~ 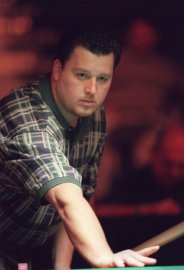 “I’ve been playing professionally for over 25 years and I’ve had a lot of people work on my cue. Ted Harris is the best I’ve ever seen; he does a great job and takes his time.”
~Dennis Hatch~

“Ted Harris is a phenomenal cue repairman. And the best fact of all is, he always does my cue the way I want it.”~Tommy Kennedy~

“If you are serious about pool, there is only one man to see – Ted Harris Custom Cues & Professional Repairs.”
~Tony Ellin~

Give yourself the winning advantage today. You can't afford to wait another day.